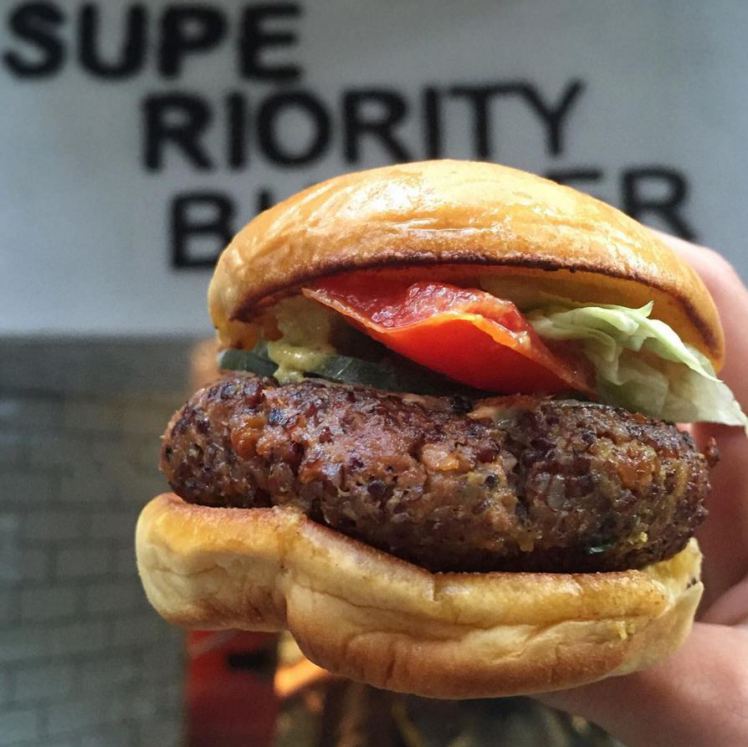 Okay, after the official announcement that the best burger in the world is vegan the rise of meat-free burgers is very probably going to gain not only a new momentum but also an unprecedented popularity. Although the creator of the so-called “Superiority Burger”, Brooks Headley, still falls silent when it comes about revealing the miraculous ingredients of his masterpiece that make this burger hardly distinguishable from an ordinary burger, he is very much convinced that this is only the beginning meaning that people are going to start questioning their mindset that the deliciousness of burgers is inseparably connected to meat. This “gold medal” being awarded to a vegan burger is going to leave its footprints in people’s way of thinking because people started to go crazy about the taste.

“A burger in New York City has just been named the best in the world – and it is a vegan recipe!

The famous $6 (£4) Superiority Burger, which has a fully vegan patty, has just been named the best the world has to offer by GQ magazine.

An impressive feat – and you know it’s going to be a controversial choice.

People have been raving about the taste and texture of the chunky nutty burger but no one knows exactly what’s in it – just that no cows were harmed in its making.

It comes sandwiched in a bun with iceberg lettuce and tomato on top, plus dill pickle and sauce.

The owner of the new East Village Superiority Burger joint, Brooks Headley, wants to keep his vegan burger a secret (who can blame him?) so he won’t divulge its ingredients.

But he spoke to the Wall Street Journal about the rise of meat-free burgers.

‘I don’t need something indistinguishable from meat in order to feel like I’m eating a hamburger,’ said Brooks.

The former punk rock drummer-turned-chef said the act of eating a burger is not just about the patty and whether it’s beef or not.

‘The act of eating a burger is so iconic and so American, and it’s not just about the patty,’ he says. ‘It’s the squish of the bun, the crunch of the lettuce and the tang of the ketchup – there’s something primally satisfying in all that.’