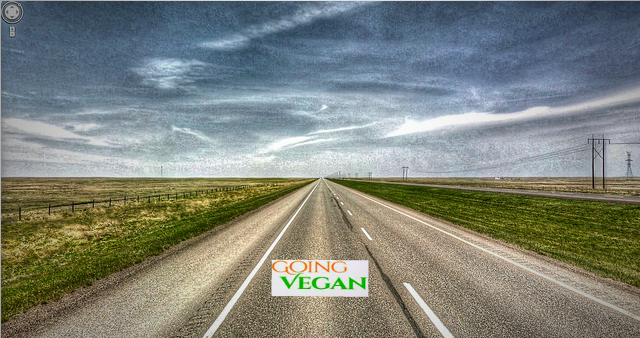 Have you ever given a second thought why the Mediterranean diet has an incredibly beneficial impact on ones health? The reason why is no surprise to vegans at all: Because it’s a high-fiber diet. And have you ever tried to find out why the mortality risks of the Mediterranean “guys” are much lower than in other countries? So, certainly there is an indisputable link between eating fiber-rich foods such as fruits, legumes and vegetables and optimal health and longevity. But there is even more to it, much more: Studies have proved that there is a close relation between a high-fiber diet and a decrease in cholesterol, blood pressure and inflammation which increase significantly the mortality risks. Did you know that an intake of only 10-gram per day fiber-rich food already reduces the mortality risks by 10 percent? Dr. Mercola has written an excellent article presenting the awesome benefits of a fiber-rich diet. They will make you jump off your seat. Promised!

“The type and amount of fiber in your diet plays an important role in health — in part by positively affecting your intestinal microflora, which we now know is important for maintaining optimal health and preventing chronic disease.

I’ve been interested in the health benefits of fiber ever since my early days in medical school — so much so, my classmates nicknamed me “Dr. Fiber.”

This includes type 2 diabetes, heart disease, stroke,1 and cancer. Studies have also linked a high-fiber diet to beneficial reductions in cholesterol and blood pressure, improved insulin sensitivity, and reduced inflammation — all of which can influence your mortality risk.

A meta-analysis published in 2014 evaluated the impact of a high-fiber diet on mortality and found that each 10-gram per day increase in fiber corresponded to a 10 percent reduction in all-cause mortality.

Another study published that same year produced similar results. Here, every 10-gram increase of fiber intake was associated with a 15 percent lower risk of mortality.

Those who ate the most fiber had a 25 percent reduced risk of dying from any cause within the next nine years, compared to those whose fiber intake was lacking.

Microbes That Ferment Fiber Are Important for Health

Recent research reveals that certain microbes in your gut specialize in fermenting fiber found in legumes, fruits, and vegetables, and the byproducts of this fermenting activity help nourish the cells lining your colon.

Some of these fermentation byproducts also help calibrate your immune system, thereby preventing inflammatory disorders such as asthma and Crohn’s disease.6,7

As reported by MedicineNet.com,8 fiber-fermenting microbes are likely part of what makes a Mediterranean-style diet so beneficial for your health.

During the fermentation process these intestinal bacteria produce short-chain fatty acids, which have been shown to reduce your risk of diabetes, heart disease, and other inflammatory diseases.

According to the featured article:

“The study of 153 Italian adults found higher levels of short-chain fatty acids in vegans, vegetarians, and those who closely followed a Mediterranean diet.

The new research ‘shows that the benefits may occur through the GI (gastrointestinal) tract and the metabolites that are released during the digestive process,’ she said.”

These findings support previous research, in which it was shown that these short-chain fatty acids produced by intestinal bacteria selectively expand regulatory T cells called Tregs, which are critical for regulating intestinal inflammation.

According to one such study:

“Treg cells suppress the responses of other immune cells, including those that promote inflammation. This finding provides a new link between bacterial products and a major anti-inflammatory pathway in the gut.”

Other research has linked Tregs to the prevention and reversal of metabolic syndrome, in part by stimulating oxidative metabolism in your liver and adipose tissue.

It’s also worth noting that a Mediterranean-style diet tends to be far lower in sugars than your typical American processed food diet, and sugar is a preferred food source for fungi that produce yeast infections and sinusitis.

So the beneficial impact of a Mediterranean-style diet is really two-fold: the high-fiber content promotes healthy bacteria that produce health-promoting fatty acids and other beneficial byproducts, and the absence of sugar depletes harmful microbes, allowing the beneficial ones to thrive and thoroughly colonize.

For Gut Health, You Need the Right Kind of Fiber

As mentioned, one way fiber benefits your health is by providing beneficial bacteria in your gut with the fodder they need to thrive. These beneficial bacteria assist with digestion and absorption of your food, and play a significant role in your immune function.

Alterations of the human microbiome through inappropriate and unnatural diet changes appear to be part and parcel of rising disease rates. In essence, we’ve strayed too far from our natural diet that promotes a healthy gut flora.

Detrimental dietary changes that have led to a general fiber deficiency include switching from fermented and raw vegetables to processed cereal grains.

Cereal grains may have been a good source of fiber in the past, but not anymore. These days, most grains are grown using agricultural chemicals such as glyphosate, which has now been identified as a “probable human carcinogen” and a promoter of antibiotic resistance.

Glyphosate contamination has also been linked to celiac disease and other gut dysfunction, which is the exact converse of what you’re trying to achieve by adding fiber to your diet.

Moreover, a high-grain diet tends to promote insulin and leptin resistance, and that too is counterproductive as it actually promotes many of the chronic diseases that healthy fiber can help reduce, most notably type 2 diabetes, heart disease, and cancer.

So when it comes to boosting your fiber intake, be sure to focus on eating more vegetables, nuts, and seeds. Organic whole husk psyllium is a great source, as are sunflower sprouts and fermented vegetables, the latter of which are essentially fiber preloaded with beneficial bacteria.”