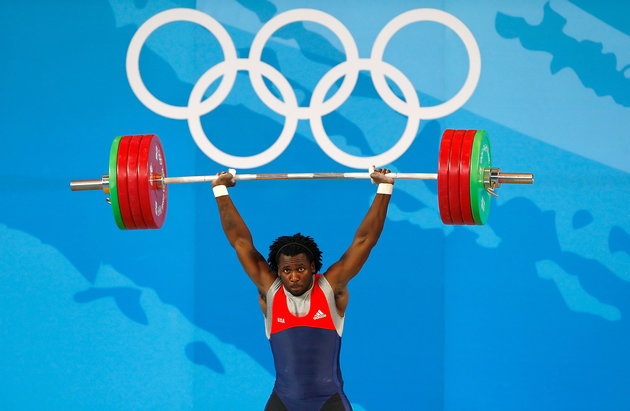 Growing up with a bad temper and with a diet based on burgers nobody would have ever thought that this man was ever going to go vegan. Even his wife was laughing out loud when he wrote her a text message from the gym that he was thinking about going vegan. However, Kendrick Farris, made a flip-flopper and turned totally vegan. In fact, in the Olympics 2016 he was the only US vegan weightlifter. After being vegan for two years he even won twice the gold medal at the Pan American Championships. Read on to learn more about his story.

“One might wonder how a competitive weightlifter gets his daily fill of protein. But Kendrick Yahcob Farris isn’t just any weightlifter ― he’s the only U.S. male weightlifter competing in the Rio Olympics, and he’s also been vegan since 2014.

So how does he get all the protein he needs to lift as much as 800 pounds? “I just research the foods I’m eating,” he told HuffPost, and “try to be efficient. How much protein is in this avocado?”

Cutting the meat out of his diet hasn’t held him back. Farris won the gold medal at the past two Pan American Championships (and lifted more than 800 pounds at each) in the time since he discovered his heritage: “Israelites from the lost tribes of Israel. I knew I needed to do more research to understand the ways of the ancient,” which includes their kosher diet.

He eliminated meat completely, out of respect for animals. “I don’t necessarily trust the way the food is being processed,” he said. “I don’t agree with the way the animals are mass-slaughtered. So that’s one thing that kind of got me looking at what they call a vegan diet.”

And when Farris made up his mind, he did it instantly. “When I initially told my wife [Katrina], she laughed at me, like ‘I don’t know how you’re gonna do that,’ because I didn’t really mind what I ate.”

Katrina, the cook in the family, agreed: “It was so random. I believe he sent me a text message ― when he’s at the gym, he always sends me these random things ― and I believe he said, ‘Hey, I’m thinking about going vegan,’ and so I was like LOL.”

Katrina, 32, said that Kendrick, 30, would eat a lot of different foods pre-epiphany. “He loved burgers and all the things you think of when you think of Olympic athletes. Meat! So I didn’t think he was going to stick with it. But two years later, I think it’s made him better.”

Kendrick said that he feels lighter these days, cleaner and more clear-headed. “My mind is extremely clear. I’m not easily flustered [now]. My attitude is totally different. I had a really bad temper growing up, something I worked on for years. And now I’m able to recognize different emotions and I’m not governed by them. Doesn’t mean I don’t have them. I’m human. But I’m not easily moved.”

Katrina told HuffPost that she’ll cook two or three meals a day, and mix Kendrick up some snacks, such as guacamole or avocado quesadillas. “If he needs a snack, it’s something quick.”

Here’s an example of how his day breaks down:

For breakfast, Kendrick will have oats or pancakes; for a midday snack, a vanilla or chocolate flavored plant-based protein shake. For lunch, avocado quesadillas and then he’ll head to the gym. He’ll come back and eat another snack, this time of guacamole and black bean chips, and then a dinner of black bean quesadillas. “I use black beans for everything,” Katrina said.

He might have another protein shake before bed, if he’s hungry.

Here are some tips to learn from his lifestyle:”

Read the full story at huffingtonpost.com!