Watching countries like this one carefully is very encouraging since it shows that veganism is on the rise. A survey that had been conducted with more than 10,000 people a few weeks ago showed that 1 percent of the citizens of this country who are 15 years old and beyond are vegans. This sums up to 542,000 people. This is an increase by more than 360 percent in comparison to 150,000 vegans only ten years ago. Many others are vegetarians. So, the Brexit of this country may have been accomplished since this morning but the public perception of veganism is rising rapidly in Great Britain.

“So, no meat, we’re British is the message. Veganism is no longer an extreme life style in Britain, in fact It is one of fastest-growing lifestyle choices and the meat-free diet is becoming increasingly popular. The number of UK vegans has multiplied by over 360 percent since 2006 as increasing numbers of Brits choose to scrap meat, eggs, dairy and other animal-based food stuffs, a new survey suggests.

Largest survey of its kind
The poll of nearly 10,000 people aged 15 and upwards was conducted by Ipsos MORI for Britain’s Vegan Society and Vegan Life magazine. It is the largest survey of its kind dedicated to estimating the number of vegans across the UK.  The survey’s findings, which were published on Tuesday, suggest more than 1 percent of UK citizens (542,000) over the age of 15 are vegans. This marks a steep rise since 2006, when Britain was home to just 150,000.

3.25% of the population are either vegetarian or vegan
The study also found that 3.25% of the population, around 1.68 million people, are either vegetarian or vegan, more than 850,000 of whom also avoid leather, wool and other animal products. The vast majority of vegans live in urban or suburban areas (88%) compared with rural areas (12%) and this is reflected in London, where 22% of all vegans in Britain live – more than any other region.

Veganism drives global warming?
Those who oppose the lifestyle choice say veganism is expensive and awkward to maintain, and drives global warming because consumers source far-flung products and increase their carbon footprint in the process. However, many vegans argue their way of life stops the mass exploitation and abuse of animals, induces considerable health benefits, halts environmental degradation, and constitutes a sustainable way to feed an ever-increasing global population.

Reason for the rise are numerous
Jasmijn De Boo, CEO of The Vegan Society said the reasons for the rise of veganism are numerous. She said: “The positive portrayal in the media has contributed to its changing image; documentaries on the shocking realities and consequences of animal agriculture have gained prominence; delicious-looking vegan recipes have multiplied online and on social media as society becomes more health-conscious; and top vegan athletes keep proving that you can be fit and healthy on a plant-based diet.”

What is vegan diet?
A vegan diet excludes meat, seafood and dairy, as well other foods produced using animals, such as honey, and wines, beer and cider filtered using animal products.  Veganism was once seen as an extreme, restrictive eating regime, but attitudes are changing. Many supermarkets now stock own-brand vegan products, and increasing numbers of high street restaurants and cafes now offer vegan options.

Who chose to go meat-free?
David Haye, Novak Djokovic and Venus Williams are among athletes choosing to go meat-free. World tennis No 1 Novak Djokovic credits a vegan diet with transforming his health and fitness levels and last month opened a vegan restaurant in Monte Carlo. British former world heavyweight boxer David Haye, 35, turned vegan two and a half years ago.

‘I will never go back’
Speaking six months after making the lifestyle choice, he said: “I watched a TV documentary about how animals are farmed, killed and prepared for us to eat… I saw all those cows and pigs and realised I couldn’t be a part of it any more. It was horrible. I did some research to make sure I could still obtain enough protein to fight and, once satisfied that I could, I stopped. I’ll never go back.” 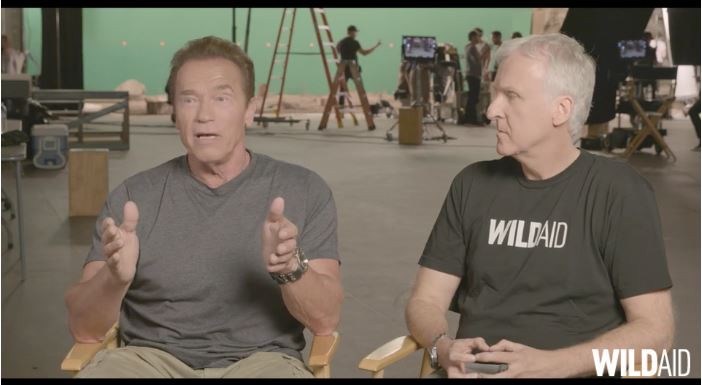