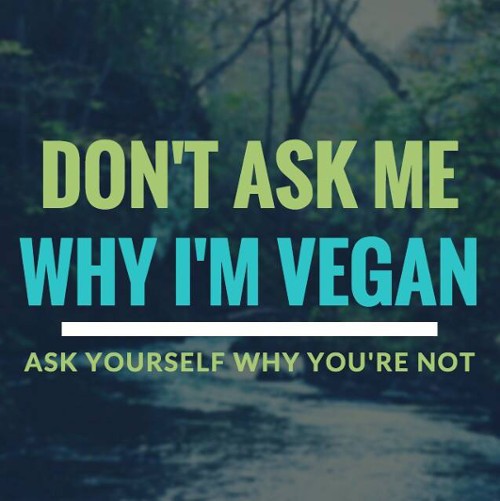 About two months ago, a person on facebook who had recently adopted to a vegan lifestyle was telling me about the fights and adversities she was facing from people since she had gone vegan. She asked for advice how to deal with it. First, I told her that it was not unusual to face these challenges and that probably almost every vegan is going through a hard time when he or she jumps on the “vegan train”. I told her that she was not supposed to live up to the expectations of others but only to hers and that people would have to accept her new lifestyle in the end if they wanted or not.

When it comes to veganism-which is taking enormous strides towards the mainstream-we seem to be oscillating between the mocking and fighting phases. It seems almost impossible for me to scroll through Facebook these days without seeing some dim friend of a friend mocking the ‘hipster vegans’.

But what are these people doing when they laugh at vegan efforts?

Veganism hinges on three things – sustaining the environment, eradicating animal use and abuse, and maintaining the optimum health that a well-balanced plant-based diet can deliver.

With leading global scientists claiming a vegan diet is essential to sustain the planet – and with animal agriculture responsible for up to 51 per cent of all greenhouse gas emissions – there seems little to mock on that front.

When it comes to animal abuse, many seem to see compassion as something to ridicule. This has always struck me as moronic. There’s nothing weak about standing up against something you see as wrong – especially when this goes against received wisdom. You only need to look back through history to see a catalogue of abhorrent, unthinkable practices that were once considered normal. I hope the abuse of animals as food and entertainment will one day be seen this way by the majority.

The thing is, when you laugh at vegans and their efforts, you are doing the dirty work of the animal agriculture lobby. When you laugh at vegans, you are effectively promoting the systematic torture and abuse of animals that goes on in so many slaughterhouses. Whatever lie you tell yourself about your ‘grass-fed’ and ‘humanely-slaughtered’ meat is just that: a fiction. When Animal Aid secretly filmed in 10 slaughterhouses, campaigners claimed they ‘found evidence of law-breaking and cruelty’ in 9 of them. Workers were filmed putting out cigarettes on the animals, stamping on them, slapping them. Slicing their throats while they were still conscious, throwing them by the ears. Some slaughtered animals show signs of sexual abuse.

Meat eaters frequently bemoan how emphatic veggies are about their lifestyle choices: in fact the opposite is often true. Look at this poll published in Time magazine. While 30 per cent of meaters wouldn’t date a veggie, only four per cent of herbivores would discriminate against omnis.

When it comes to the health aspect, I don’t care what people do to their own bodies, though I will always laugh at posting #eatclean alongside a picture of meat though.With antibiotics given with wild abandon to livestock, and fecal matter found in meat…clean? Really?

Many are calling 2016 the year of the vegan: there’s certainly fiscal reasons to think so – just look at the market share plant-based companies are now taking in the milk sector for example. Not to mention the huge number of people participating inVeganuary this year (some 2000% more than in 2014). High street chains are starting to offer more vegan options (coconut and soya milk in Starbucks for example) and you can see the tide turning.

With more and more plant-powered people than ever, the openly hostile and aggressive meaters are starting to look tired, their arguments cliched, their jokes unfunny.

The next phase is the fight: After that we win.”