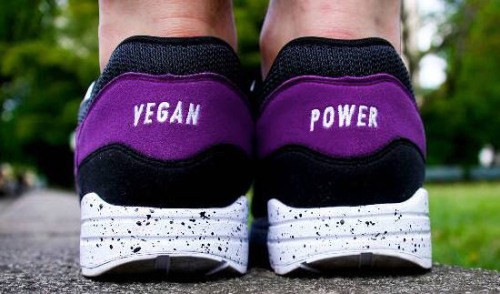 Every once in a while I receive messages from people who do really have the desire to go vegan but still don’t know how to proceed best and thus how to make the transition process as smoothly as possible. Some people make it going vegan overnight. However, most of them need a bit more time to go entirely vegan. In both cases, it’s very crucial to be aware that going vegan should not be considered a light issue but a dramatic change of one’s diet habits affecting the entire lifestyle. Some go vegan because of health issues, others because of ethical or environmental reasons. Whatever the reason is, in the beginning everyone is going to need some help to succeed in going vegan. Here are some of the best advices I have ever read about when it comes to go vegan. These 17 tips are definitely worth reading before you go vegan.

“Regardless of why you’re going vegan — whether it’s for health, environmental, ethical, or personal reasons — making the change can be challenging, even if you really want to make it happen. So, BuzzFeed Life spoke with a couple of experts —Ginny Messina, registered dietician, and Ryan Andrews, registered dietician and coach at Precision Nutrition — to get their best tips for making the switch to veganism as smooth and sustainable as possible. This isn’t medical advice though, so be sure to talk to your doctor before making any dietary changes.

Messina says recent research indicates that the more gradually people transition to veganism, the more likely they are to stick to it. Of course, if you’re already vegetarian or not eating that many animal products, you’ll probably be able to comfortably make a quicker transition. But if you have a diet fairly heavy in meat, cheese, eggs, dairy, etc. just know that from the day you decide to go vegan, it’s OK (if not optimal!) for it to take weeks or months until you’re fully animal product–free.

2. Make just one big dietary change at a time.

Instead of making a bunch of huge dietary changes all at once, take it step by step and break it up into big changes (which you make every so often) and smaller changes (which you can do more regularly). Messina recommends that people continue veganifying their diets only once they feel comfortable with the changes they’ve already made.

3. Alternate big changes with smaller ones.

So, you’ve made a big change. Like, you stopped eating red meat. And it took a few months but you’re finally used to it and omg actually this portobello burger is actually everything. But it was a rough few weeks adjusting, so instead of making another sweeping change to your diet, Messina recommends making just a small tweak, something that won’t feel too oppressive or difficult to adjust to. Once that feels normal and OK, move on to your next big change.

Some smallish changes include:

• Cooking a few meals per week using beans as the protein source. Like making tacos with beans instead of beef, vegan chili, or even veggie burgers.

• Choosing one meal where you’ll experiment with vegan cheese or nondairy milk.

• Topping a salad with with legumes and seeds instead of meat — like chickpeas and sunflower seeds.

• Ordering the vegan or vegetarian option at a restaurant.

4. If a particular change is proving super difficult, put it aside and try something different.

For example, if you’re finding it too tough to give up cheese, stop trying for now and focus on something that might be a little easier to part with, like eggs. “Otherwise people might get hung up on one change they are trying — unsuccessfully — to make, when there might be two or three other changes that they could make with ease,” Messina told BuzzFeed Life.

Both Messina and Andrews say that while vegans as a population are on average slimmer than non-vegans, a vegan diet does not guarantee weight loss. It depends on what else about your diet is changing when you go vegan, says Andrews.

Read the full article at buzzfeed.com!