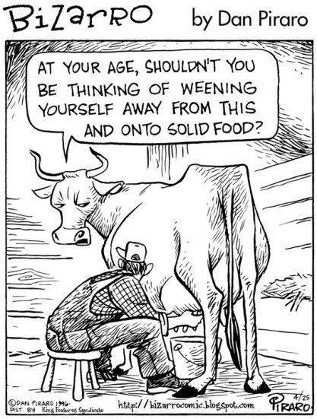 When I was child my parents used to work for the US-forces. After school, I often used to drop by their office and sometimes they took me with them to the mess hall. Even at that young age, it struck me that almost every G.I. had a glass of milk next to his meal and even my parents often encouraged me to drink milk with the meal. Of course, they didn’t know any better. However, my sister had always been suspicious of this so-called milk myth so she started to make some good research finding out that milk is not only unhealthy but has even the potential to wreak havoc on your entire health. I encourage you to read the following article very carefully in order to avoid these critical 11 health issues that are closely linked to milk.

“Animal milk has long been claimed as the go-to source of calcium by the dairy industry, but as it turns out, milk is bad for you. Calcium from animal milk is not absorbed as well as that from plant-based sources, and it can be accompanied by a number of dangerous health problems.

In a Swedish medical study, women who consumed large quantities of dairy milk daily were more likely to sustain fractures than those who drank little to no milk.

Cow’s milk contains a sugar called lactose that can be difficult for people to digest, resulting in symptoms such as nausea, cramps, gas, bloating, and diarrhea. It can also develop later in life and result in months of worsening symptoms.

In multiple studies, the consumption of all types of cow’s milk was linked to an increased prevalence and severity of acne in both boys and girls.

A single serving of milk can contain as much as 24 mg of cholesterol, whereas vegan food has no cholesterol.

Many cows are pumped full of antibiotics. This practice is leading to antibiotic-resistant bacteria, which may decrease the effectiveness of antibiotics used on humans.”

Read the full article at Peta.org!