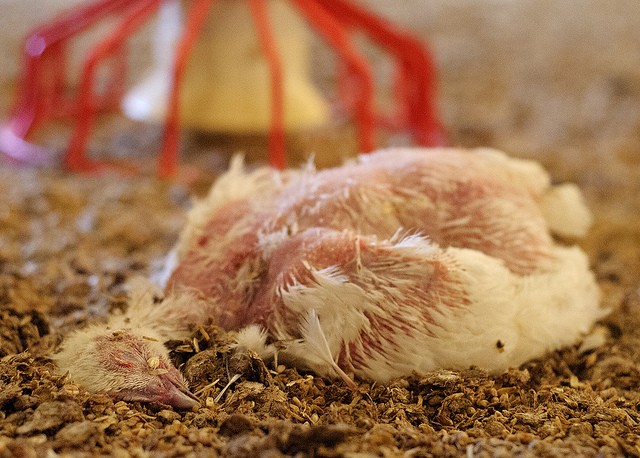 Unfortunately, the headline of this article is so true that it’s really hurting. So, how does it come that the animals of the rich use to eat the bread of the poor? The reason for this outrageous scandal is that in order to produce about 1 kg of meat animals have to be fed with up to 16 kg of plant foods and 10,000 to 20,000 litres of water on average. In other words, these foods are no longer available for people who use to die of hunger in countries such as Ethiopia and Guatemala as a consequence. And even if they were some foods still available for human consumption, they would become unaffordable because factory farmers’ demand for soy and grain increases those prices up to levels that they become far too expensive for the average person to buy them. All these issues could be solved if people started finally to adopt a vegan diet: It would not only save millions of animals but also millions of people from starving to death.

Every day, between 6,000 and 43,000 children die of starvation, while about 40 per cent of fish caught worldwide, about 50 per cent of the world’s grain harvest and about 90 per cent of the world’s soy harvest are fed to “farm animals” in the meat and dairy industries! Eighty per cent of the children who go hungry live in countries that have a surplus in food production, but the children remain hungry and die of starvation because the grain surplus is exported to be fed to animals. Using plant foods to produce unhealthy animal products is an absurdity, a scandal and the ultimate waste: to produce just 1 kg of meat, one needs – depending on the species – up to 16 kg of plant foods and 10 to 20 tons (10,000 to 20,000 litres!) of water. This means that vast quantities of plant-based foods are diverted into animal products and are therefore no longer available for human consumption.

Plant foods for “animal farming” are exported from the “Third World” to industrial nations even though children and adults in these poor countries go hungry and die of starvation. You might have heard the saying, “The animals of the rich eat the bread of the poor.” For example, the 1984 famine in Ethiopia didn’t happen because local agriculture didn’t produce food but because this food was exported to Europe to be fed to “farm animals”. It was during this famine – which cost tens of thousands of people their lives – that European countries even imported grain from Ethiopia to feed chickens, pigs and cows. Had the grain been used to feed the Ethiopian people, there wouldn’t have been a famine after all. In Guatemala, about 75 per cent of children under the age of 5 are malnourished. But still, more than 17,000 tons of meat are produced every year to be exported to the US.

Feeding these animals requires enormous amounts of grain and soy – food that remains unavailable to malnourished children. Instead of feeding the starving people of the world, we take their food to feed abused “farm animals” in order to satisfy our illness-inducing addiction to meat, eggs and dairy products. The animal agriculture industry’s enormous need for soy and grain drives prices for these food plants up, which means they become unaffordable to many in countries where people go hungry.”

Read the full article at Provegan.info!