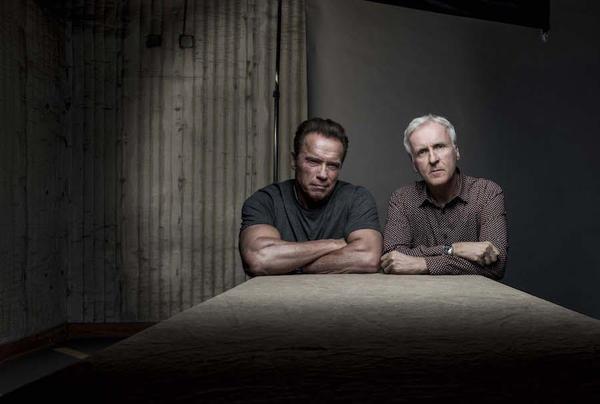 People go vegan for different reasons. Arnold Schwarzenegger recommends to cut down meat from one’s diet after he had been advised to do so by his physicians. After following their advice, he stated that he started to feel great. There are others such as James Cameron who went vegan because of environmental reasons. Whatever the reason might be the benefits are awesome. However, the ex-terminator and former governor of California is also very well aware of the catastrophic climate change caused by factory farming which is considered to be the largest source of greenhouse gas emissions. Arnold’s philosophy is simple but brilliant at the same time: “Less meat, less heat, more life.” Read on to learn more about it!

“Arnold Schwarzenegger, former Governor of California and widely regarded as one of the best bodybuilders of all time, recommends people work on cutting down and eliminating meat from their diet just as he is doing. His doctors recommend he eliminates meat for health reasons, and his friend James Cameron recommends eliminating meat due to it’s severe and unsustainable environmental impact.

“The more I went to my physical (examinations) the more doctors started stressing: “Arnold you’ve got to get off meat”, so I’m slowly getting off meat, and I can tell you, I feel fantastic!”

WildAid in partnership with the Chinese Nutrition Society created the footage of Schwarzenegger and Cameron to kick off a new campaign focused on reducing meat consumption in China, in line with the latest guidelines published by the Chinese government.

In reference to animal agriculture being the largest source of greenhouse gas emissions (more than the entire worldwide transportation emissions combined) and therefore the leading cause of climate change, Arnold remarks:

And Schwarzenegger again reiterated on the point he made last year: meat isn’t necessary in the world of bodybuilding; it’s possible to be a successful bodybuilder without consuming meat and that meat certainly isn’t necessary to be strong. Arnold stated:

“If they tell you to eat more meat to be strong, don’t buy it.” – Schwarzenegger

There are many reasons why doctors would have recommended Schwarzenegger should eliminate meat from his diet. Preventing disease in the first place is much better than having to try and treat disease after it’s already occurred.

Amongst many notable doctors, Dr. Kim Williams, the President of the American College of Cardiology and Chief of Cardiology at Rush University, advocates a plant-based diet for heart disease prevention.

Heart disease is the #1 killer in the United States, and elevated cholesterol appears to be a primary cause. It was proven decades ago that heart disease could be reversed with a plant-based diet. And yet hundreds of thousands of Americans continue to needlessly die.

Dr. Williams is crystal clear when he talks about diet and heart health. He says that to prevent heart disease, “the most important things are plant-based nutrition, exercise, and weight loss. Most people will succumb to heart disease, diabetes, or hypertension on the standard American diet, which is why heart disease is the biggest killer in America. The best primary prevention strategy is improved lifestyle.”

Read the full article at riseofthevegan.com!