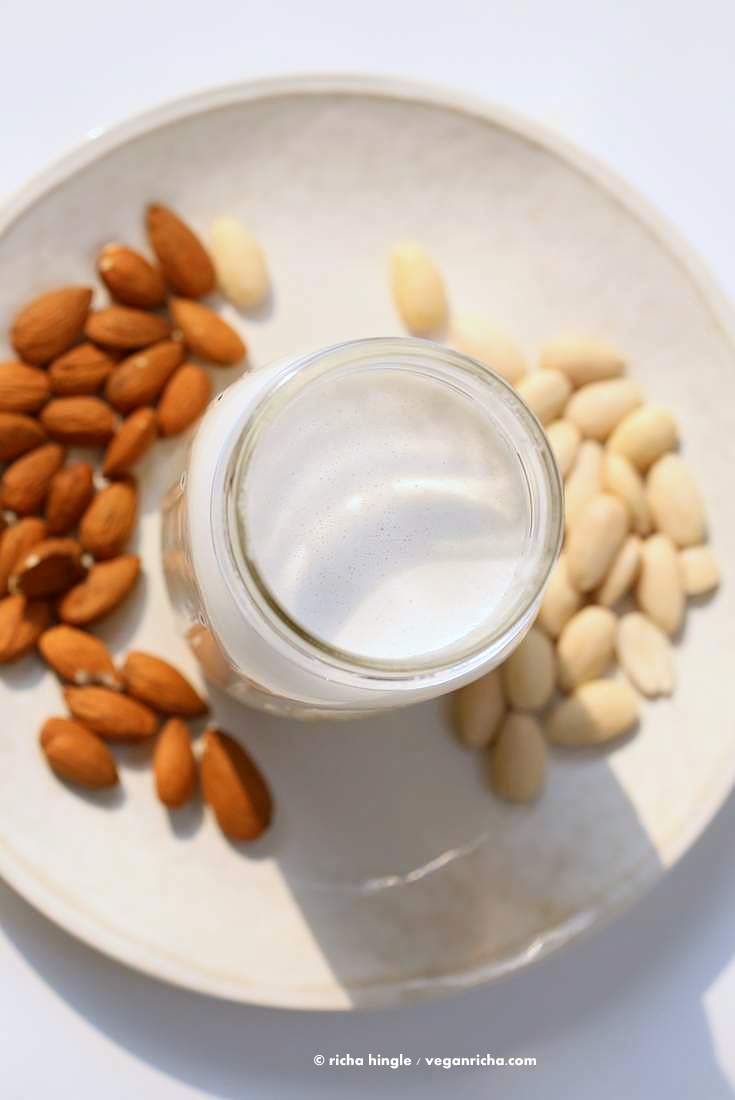 As for me, among the best substitutes for milk is almond milk. Beside its very healthy benefits almond milk is also very tasteful and there are so many occasions you can use it in your diet plan. However, making almond milk can be quite a challenge. Richa Hingle unveils her secret how to make almond milk creamier and without the strong almond bitter taste. In my opinion, this is the best recipe to make homemade almond milk I ever came across.

“Almond Milk is a staple in our house. It gets used in curries, sauces, baking, breads, chai and more. It is creamy enough for most uses and works beautifully as a dairy milk substitute.

I use blanched almonds for a less prominent almond flavor in the milk, which works beautifully in Masala Chai, Coffee, Lattes, smoothies, curries and vegan almond milk based cheeses. Blanched almond milk can be strained through a regular strainer. Much easier to clean too. just scoop the pulp using a spoon, rinse the strainer and done. I don’t often make almond milk at home, because of the shelf life and because of easy availability of packaged milk, but when I do, this is how I make mine. Ha! The process works pretty much exactly with raw unpeeled almonds as well.

Almond milk from blanched almonds works so much better in chai (Spiced milk tea/chai latte) or coffee. The blanched almonds give a less intense almond flavor to the milk. If you use the almond milk often for heated concoctions or in curries. add 2 raw cashews per 1/2 cup almonds while soaking. This creamier almond milk works great for a whole milk sub for chai tea and vegan almond milk based cheeses.”

To read the rest of the article, check it out on the original source over at Richa Hingle