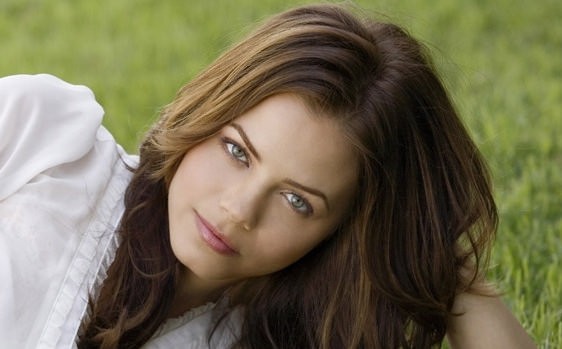 Very probably, most people who turned vegan later in their lives went through some experiences that made them totally change their mind towards climate change, animal rights and diet. So, there must have been a so-called flashpoint or trigger that made them go eventually vegan. Some succeeded in doing so overnight, others needed a bit more time to take this final decision. In fact, Jenna Dewan Tatum had also such a flashpoint in her life. At the age of 10, she was watching a program on TV about slaughterhouses that left her nearly traumatized. As a result, she turned vegan and never looked back ever since. Read on to learn more about her story!

“In an interview with the Los Angeles Times, actress Jenna Dewan Tatum describes her journey to veganism and her love of animals.
The actress who plays Lucy Lane, Lois Lane’s sister, in CBS’s Supergirl said veganism is not only great for one’s personal health and the environment, but also reduces animal suffering.
Jenna describes the moment she went vegan:
I was a latchkey kid and when I was 10 or 11 I saw a [TV] program on slaughterhouses. I just remember being blown away, utterly traumatized. And I declared the next day that I was never eating meat again. And I didn’t — it started then.

Although her husband Channing isn’t vegan, the couple’s daughter is vegetarian. Jenna says everybody is on a journey, and while some decide to go vegan, it’s important to remember that even cutting meat from one meal a week “improves the world.”
Jenna shared with the Times what she regularly eats:
Lots of tahini, tabbouleh, lots of salads, a lot of hummus — I think my daughter must eat her weight in hummus — lots of avocado. We love Mediterranean and Mexican food. And we’re a big fresh-vegetable family. I choose whole, real foods. And when I cheat, it’s chips and salsa — I generally don’t want to cheat with animals. I want to cheat with French fries.

“There aren’t many things in life that let you affect the world so profoundly with just one decision,” says Jenna. She couldn’t be more right!
By going vegan you can directly help your health, fight climate change, and save animals from a life of misery.
You can join Jenna and the millions of others who have made the decision to ditch animal products for a healthy and compassionate vegan lifestyle.”