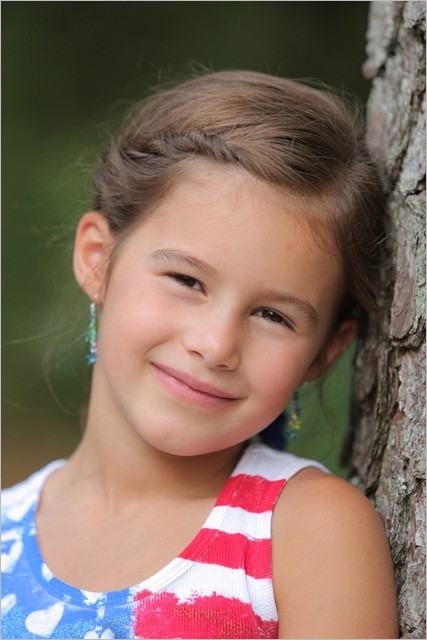 In the last ten years, vegans in the United Kingdom shot through the roof. To be exact, the numbers of vegans have exploded by 350% up to 542,000. However, the best part of it is that almost 50% of them are between 15-34 years old. So, on the one hand parents raising up their children as vegans is becoming more and more trendy. On the other hand, those parents are still exposed to harsh critisism being judged by other non-vegan parents blaiming them for a sick education and even for child abuse. Admittedly, vegan parents also point out that there is a healthy and unhealthy way of raising children as vegan. So, making the right decision on bringing up a child as a vegan is one thing and making sure he or she is fed up properly on plant-based foods is another issue. The following four field reports are excellent sources to find out about the challenges and rewards when bringing up your child as a vegan.

“The number of vegans in the the UK has shot up by 350% to 542,000 peoplein a decade. This increase seems mainly to be driven by young people – almost half of all vegans are aged 15-34. Some of these people will choose to bring up their children the same way. For many, the idea of raising a child on a vegan diet might seem difficult to comprehend. Here, parents talk about how you can safely raise children on a plant-based diet.

Steffi Rox 33, Torquay, Devon: Getting calcium is easy for us as we’re a family of kale lovers

I have been a vegetarian since the age of six. It was my own choice and much to my parents’ dismay. Then, a few years ago I became vegan and when I did this I made my son (aged two at the time) vegan too.

When I first changed to a vegan lifestyle I joined lots of online vegan parenting groups both for support and advice. There are also numerous websites from which I’ve been able to source information and guidance such as the Vegan Society and Viva. I’ve not talked too much to other non-vegan parents about our choices but those that know have been supportive, making special arrangements for things like children’s birthday parties so my son doesn’t miss out.

We didn’t speak to a doctor about going vegan as I’ve learned they have little training in nutrition, so instead we chatted to some nutritionists who were very encouraging and fully in support of the health benefits of a vegan lifestyle.

I read up on what child vegans need and make sure my son gets all the right nutrients and so forth. Getting calcium is easy for us as we’re a family of kale lovers and kale is a great source of calcium, which we also get from fortified non-dairy milks, chickpeas and other leafy vegetables. As far as calcium goes it’s much more easily absorbed from these sources than from cow’s milk and far healthier so I’ve no concerns about calcium. By avoiding dairy we also lower the risk of diseases such as osteoporosis and some cancers.

I have seen the health benefits of being vegan (for example, I haven’t had a cold for ages) and my son has been bug-free too. Before going vegan he was always catching things but that’s all changed now.

I can advise people to do research before making the change, not only to ensure your child has a healthy diet but also so you’re prepared to answer any negative comments you might get and that you can competently answer any questions. Unfortunately, people can be very misinformed about how healthy a vegan diet is and so can be set against it, so it is helpful to be able to inform them properly about it.

Jamie Paton, 26, Fife, Scotland: We know we are doing the best for our child

We always wanted our daughter to be vegan but, at first, we were unsure about how to go about it. I feel very strongly when it comes to the ethics of veganism – we wanted our child to be compassionate and were also aware of the health benefits of this diet.

It wasn’t hard to make the switch. We did it when Harley was four months old. Harley craves lots of fruit and vegetables. We have tried her with mock meats but she isn’t really keen on them so we tend to stick to a whole foods plant-based diet. In terms of how we will explain it all to her when she’s older, we just plan on educating her about why we don’t eat animals. As parents we hope she stays vegan but that’s ultimately down to her. We are strict with her now because when you eat animal products you are taking the life of another being and we completely disagree with it.

It might seem like bringing up a vegan child would be hard, but there are lots of different options these days. The only hard part is the judgment passed on us by other parents. There was a great deal of this when we first started out and we have been told it is child abuse and that is sick, and that we shouldn’t force this on our child. However, we are confident parents now and know what we are doing is best for our child, for the animals and for the planet.

To be safe we just made sure Harley was getting everything she needs supplement-wise such as iron, calcium, etc. We do all that with the food she eats. We also make she is getting a lot green vegetables and a lot of high carbohydrate low-fat foods. Protein has never really been a concern because we know the food she is eating has more than enough protein and this is just a misconception about vegan food.

I run a vegan podcast and I speak to vegan activists from all over the world and a lot of vegan parents. I have spoken with leading vegan children’s author Ruby Roth and she was extremely helpful with Harley (as has YouTuber Vegan Geezer). They told me how to deal with the judgment from other people, and to remember that when others judge you for what you do they most likely don’t know much about the vegan lifestyle.

You will hear a lot of people tell you that you can’t raise a child vegan because your child won’t be healthy and will lack energy. This is completely untrue so just be confident with what you’re doing and if you need help reach out to the vegan community because they are always there for you.”