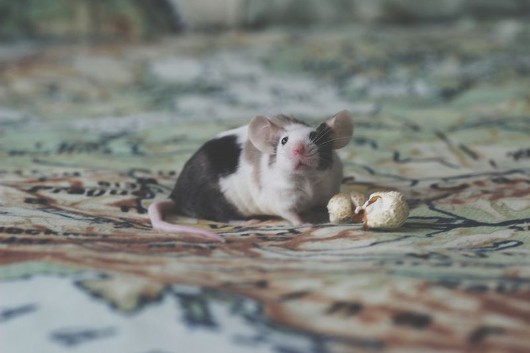 The results of the research studies that had been conducted by the University of Chicago regarding the empathy of animals are nothing short but amazing. This study was published a few years ago and can still be considered a breakthrough when it comes to judge whether animals have feelings or not. The issue is crucial as the findings solve a decade-long quest for this answer and invalidate one of the most cited argument that cruelty to animals can be tolerated since they have no feelings like humans. However, the experiments done with simple rats by the University of Chicago prove those supporters wrong. Read on to learn more about the results of these stunning research studies!

“Throughout her career as a neurobiologist, Peggy Mason has been told over and over that the rats she experiments on are not capable of empathy. Only humans and other primates can understand the emotions of another. Most other animals can’t. And certainly not beady-eyed rats.

But what she was witnessing in the lab was telling her something very different. In experiments, Mason and her colleagues at the University of Chicago were finding that when one rat was placed near another jailed rat, the free rat would open the hatch for a rescue — something it wouldn’t do for a toy rat. What’s more, when given the choice between saving a fellow rat and some delicious chocolate, the free rat would open both cells and then share.

The study, published in Science in 2011, was a breakthrough. If rats were capable ofbasic forms of empathy, then perhaps empathy was common — or even universal — among mammals. Studying animal empathy could give us insight into how human empathy evolved. (“I consider myself just a fancy rat,” Mason told me.)

Alex Kacelnik, a behavioral ecologist, argued that Mason was simply projecting humanlike feelings and emotions onto these rat “rescues” — a tendency known as anthropomorphism.

“We don’t have evidence that there is an internal first-person experience that leads the animal to do it,” Kacelnik tells me on a Skype call from his office in Oxford. “Do they experience any emotion when helping a partner? It may as well be, but we don’t know.”

In a response to Mason’s study, Kacelnik and his colleagues wrote that tiny ants can also appear as if they are “rescuing” other ants in some situations. But ants are nearly brainless, and few consider them capable of empathy.

Alan Silberberg, a psychologist at American University, also wondered if Mason was inferring too much from the data. In his view, the free rat opened the cage for selfish reasons: It liked playing with the other rat. He published a paper replicating Mason’s design, but with a twist. He showed when the rats couldn’t play with each other after the trap opened, the free rat wasn’t as interested in conducting the jailbreak.

These criticisms don’t mean Mason’s findings are incorrect. But they do illustrate a coredifficulty in studying animal empathy: While it’s easy to observe animal behavior, it’s near impossible to confirm the motivations behind that behavior.

The quest to understand animal empathy has been long and fraught, but it isn’t trivial. If animals can indeed feel emotions like our own, the revelation may one day lead to treatments for conditions where social bonding is difficult — like in autism — or is nonexistent, like in sociopathy.

We should care whether animals have empathy. It would mean animal brains are not that different from our own.”

Read the full article at vox.com!