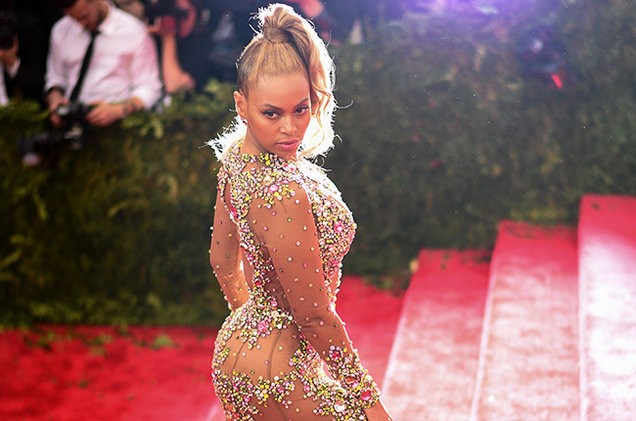 Some might still remember the day at the Met Gala on May 4, 2015 when Beyonce was dressed in a way that stole the show for anyone else who followed. However, many might still not know about her secret to get that curves that left probably most spectators speechless. In fact, her secret is Marco Borges. He was the guy who “converted” Beyonce to become vegan by completely resigning to fried chicken and pizza. The idea of his book, The 22-Day Revolution, which he wrote is based on the assumption that it takes 21 days to get rid of any habit. In this case, of any diet habit. Obviously, his approach was very successful with Beyonce: She went vegan for 21 days and continued ever since.

“Beyonce: When she’s not pushing that she’s flawless, she’s reminding us she’s a bootylicious icon.

On Good Morning America Monday morning (June 8), Bey shared her latest diet, which involves going vegan for 22 days (which honestly does not exactly sound like a blast) and then staying primarily vegan after that. The diet is detailed in Marco Borges’ bookThe 22-Day Revolution, for which Beyonce wrote the intro.

“This is something I have to share with everyone,” Beyonce said in the pre-taped interview. “I am not naturally the thinnest woman. I have curves. I’m proud of my curves and I have struggled since a young age with diets. And finding something that actually works, that actually keeps the weight off, has been difficult for me.”

She also noted other benefits of the diet: “I felt like my skin was really firm, a lot tighter than when I deprived myself of food and got the weight off fast. And the weight stayed off.”

Beyonce is also starting a vegan meal delivery service with Borges. Maybe she’ll take a cue from Jay and Tidal and start cold-calling those who sign up for her vegan service to thank them.”