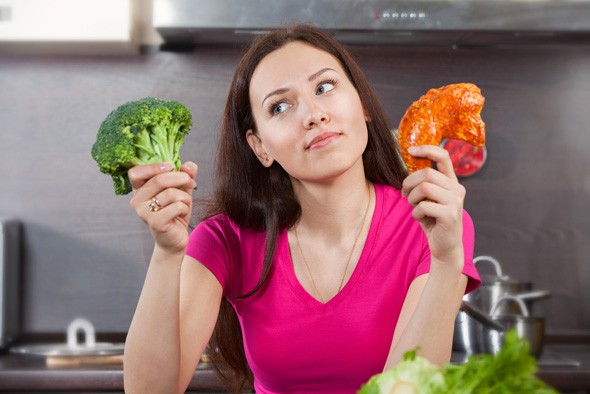 This website has basically been created for the purpose to point out that a vegan lifestyle has an enormous impact not only on someone’s health but also on the environment. However, there are also many critics to the vegan diet and its claim for its awesome health benefits. So, this article wants to deal with one of its critics and is supposed to challenge any reader to tell in the comment section below about his or her opinion on the following eleven arguments that more or less question the benefits of the vegan diet. Kris Gunnars has written an article in which he critically analyzes eleven claims that are made by vegans referring to several sources to underline his statements. Do you think he is right or not? Would you partially agree or totally disagree? Make sure to read the entire article below and tell us your opinion in the comment section. We are excited to hear from you!

“It is claimed that the vegan diet has strong evidence behind it.

It is said that it can make people lose weight and even reverse killer diseases.

However… vegan proponents usually don’t tell you the full story.

They make it seem like there is overwhelming evidence in favor of the vegan diet.

But in reality, this evidence is weak and there is a large body of evidence that they are ignoring.

The truth is, vegan diets can work… at least for some people.

There are also some ethical and environmental arguments to be made for avoiding animal foods (even though I personally don’t agree with them).

But many vegan advocates are incredibly dishonest about animal foods and spread unscientific fear mongering to convince people that their diet is healthy.

Here are the top 11 biggest lies, myths and misconceptions about vegan diets.

1. The Health Benefits of Vegan Diets Are Due to Avoiding Animal Foods

There are a number of studies showing health benefits of vegan and vegetarian diets.

The proponents of such diets like to attribute these health benefits to the avoidance of animal foods.

However, there are many other factors at play.

This diet doesn’t just eliminate animal foods… it also eliminates a number of foods that science has shown to be harmful.

What else do they remove, besides animal foods? Let’s have a look…

Not to mention that these diets also eliminate processed foods… which are low in nutrients and high in harmful ingredients and artificial chemicals.

I personally find it plausible that the benefits of vegan diets are largely caused by avoiding processed foods and harmful ingredients like added sugar. It hasabsolutely nothing to do with avoiding unprocessed animal foods.

In the studies on vegan diets, they usually compare against the junk food-laden Western diet, NOT a whole foods based diet like paleo or the Mediterranean diet.

Bottom Line: The health benefits of vegan diets are likely caused by the elimination of harmful ingredients and processed foods. It has nothing to do with avoiding unprocessed animal foods.

The myth that animal fats cause heart disease still runs rampant among vegans.

In the past few years and decades, studies have shown this to be false… and experts all over the world are changing their minds.

Saturated fat and cholesterol both raise HDL (the “good”) cholesterol, which is protective against heart disease.

Sometimes they cause mild elevations in LDL, but they’re usually changing the LDL particles from small, dense LDL (bad) to large LDL.

Studies show that people who have mostly large LDL particles have a lower risk of heart disease.

A massive review study that looked at data from 21 other studies with a total of 347,747 participants concluded: There is absolutely no association between saturated fat consumption and heart disease.

A Cochrane review of randomized controlled trials found the same… reducing saturated fat has no effect on the risk of death, or death from heart disease.

Studies on eggs (loaded with cholesterol), some of which include hundreds of thousands of people, do not find a relationship between egg consumption and heart disease.

Now… some vegan proponents may say that these studies shouldn’t be trusted because they’re funded by the meat, egg or dairy industries, but that is nonsense.

This has been studied intensely and it is NOT true that most of the studies are industry sponsored.

The truth is, saturated fat and cholesterol were wrongly demonized. The highest quality studies show them to be completely harmless for the majority of people.

Bottom Line: The myth that saturated fat and cholesterol lead to heart disease still runs rampant among vegans, but this myth has been thoroughly debunked in the past few years and decades.

3. A Vegan Diet is The Only Diet Proven to Reverse Heart Disease

This idea is based on a number of studies by two doctors, Dean Ornish and Caldwell Esselstyn.

These studies did lead to impressive results, including a partial reversal of coronary heart disease, supported by improvements in angiograms.

This goes beyond just biomarkers like cholesterol. They managed to partly reverse coronary heart disease. Impressive stuff, I’ll give them that.

However, I don’t think anything can be concluded about the vegan diet based on these studies. Let me explain why…

Ornish’s approach involves a lifestyle intervention. His patients also exercise, quit smoking and do meditation… along with other health promoting things. His diet was also not a vegan diet, but a low-fat vegetarian diet.

It is very clear that studies that use drugs or exercise (massive confounders) along with a diet can NOT be used to make claims about the diet.

In order to attribute the benefits of the intervention to the diet, then you need to isolate diet as the only variable that is different between groups.

Bottom Line: There are some studies showing a low-fat vegan/vegetarian diet to reverse coronary heart disease. However, these studies also used drugs or health promoting things like exercise and meditation.

In almost every argument about vegan diets or animal foods, someone brings up The China Study.

This is a book that was written by biochemist and nutrition researcher T. Colin Campbell.

The book makes a case for animal foods (animal protein, in particular) being the main driver of killer diseases like heart disease and cancer.

The case is loosely supported with data from a massive epidemiological study calledThe China-Cornell-Oxford Project, along with a number of other observations and studies on rats.

Then he uses confusing terminology to make it seem like the rat studies using isolated proteins like casein have anything to do with diet and cancer in humans.

The book has been criticized by a number of people who have analyzed the findings:

The findings of The China Study have also been contradicted by various other studies, some of which are of a much higher methodological quality.

This includes a recent study from Asia… a study with 112,310 men and 184,411 women, showing that red meat consumption was associated with reduced risk of heart disease in men and reduced risk of cancer in women.

The China Study is NOT about nutrition science. It belongs in the science fiction section of the library.

Bottom Line: The China Study has been thoroughly debunked by objective scientists and there are multiple high quality studies that contradict its findings, all of which were ignored by the author.

It is often claimed by vegans that animal proteincauses harm.

A lot of this is based on studies in rats, using isolated proteins and refined diets.

In many cases, human studies on diet end up leading to the exact opposite results of the rodent studies. This appears to be the case with animal protein.

In fact, almost every human controlled trial on protein, both animal and plant protein, shows it to be beneficial for health.

The evidence is mounting that most people should be eating more animal protein, not less.

To read the rest of the article, check it out on the original source over at Authority Nutrition.