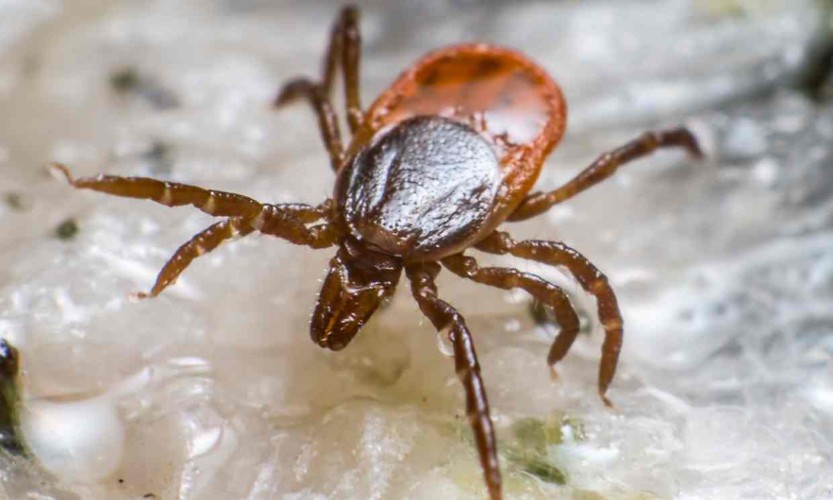 Admittedly, this was the first time I have ever heard about the link between a tick bite and a severe allergy to red meat that has been caused by a tick bite. In fact, stories like this have already been reported since 2007 when this association had been observed in Australia. However, Europe, Asia, Central America, Africa and the United States are also places where ticks are endemic. It has been reported that people who had been bitten by a tick started to experience a meat allergy two hours after eating red meat. In some cases, they even became sensitive to derivatives such as dairy and gelatine. The report also points out that meat allergies are extremely seldom in adults that had not been bitten by ticks before. Read on to learn more about this weird connection!

“People living in tick-endemic areas around the world are being warned of an increasingly prevalent, potentially life-threatening side effect to being bitten: developing a severe allergy to meat.

The link between tick bites and meat allergies was first described in 2007, and has since been confirmed around the world.

Sufferers of “tick-induced mammalian meat allergy” will experience a delayed reaction of between two and 10 hours after eating red meat. Almost invariably, they are found to have been bitten by a tick – sometimes as much as six months before.

Although most cases of tick bites of humans are uneventful, some immune systems are sensitive to proteins in the parasite’s saliva and become intolerant of red meat and, in some cases, derivatives such as dairy and gelatine.

Poultry and seafood can be tolerated, but many sufferers choose to avoid meat entirely.

Cases of the emergent allergy have been reported in Europe, Asia, Central America and Africa, but it is most prevalent – and on the rise – in parts of Australia and the United States where ticks are endemic and host populations are booming.

Bandicoots and other small native mammals are flourishing along the east coast where the Australian paralytic tick is endemic.

The Lone Star tick is widespread throughout the US, but meat allergies have been reported in the south-eastern states, home to growing herds of white-tailed deer.

But tick bite-induced anaphylaxis – the most acute allergic reaction, which can result in death – is rare in countries other than Australia. Around Sydney’s northern beaches, where ticks are common, it is reportedly as prevalent as peanut allergies.

Meat allergies are exceedingly rare in adults who have not been bitten by ticks.

The link was first reported in November 2007 by Sheryl van Nunen, a clinical immunology specialist at the Royal North Shore hospital in Sydney.

Van Nunen told Guardian Australia that she had observed the association “some years before” 2007. She now diagnoses one to two patients every week.

Jana Pearce was diagnosed with mammalian meat allergy by Van Nunen after suffering an anaphylactic shock in May 2010. She had been bitten by a newly hatched tick 10 days before and had developed a “massive” rash.

She had no history of allergies, she told Guardian Australia.

Despite having been hospitalised and revived with CPR, Pearce said she “didn’t take [the diagnosis] seriously” but she did not eat red meat regularly.

When she ate it again in May 2012, she had another more serious anaphylaxis and had to be revived by defibrillation.

“The second one was where I was out of denial and into reality,” she said.”